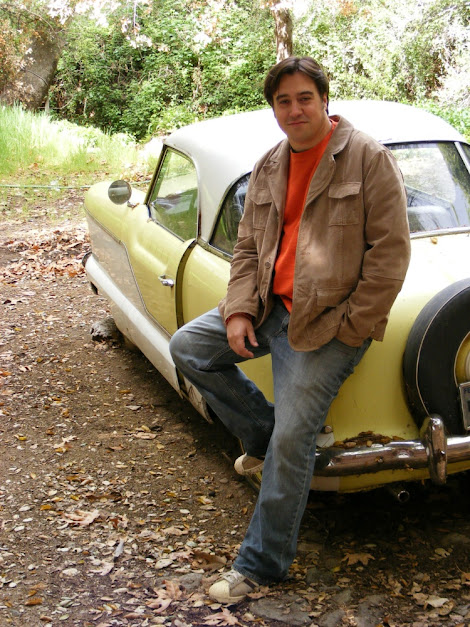 My name is Paul Dean Runyan.  I was born in San Diego, California on October 28th 1974. I was adopted at 8 months after being in many foster care homes. My parents are George Runyan and Barbara Dwyer. They have been divorced since I was five years old. On my father’s side I grew up with a stepmother, the lovely Becky Runyan, one sister and six brothers. On my mothers side I am the only child. Growing up I’ve had very different experiences. My father is a minister and has been a great influence on my life spiritually.  My mother is an artist and musician and has taught me about creativity and how to express it. She passed several years ago God rest her soul.  Her Husband Jim survives her and we are close.

All my childhood I have been involved in youth group at church, and at one time served as youth leader after high school.  During high school I was heavily involved with drama and stagecraft.  Here I developed my love for theater and the entertainment field. I was the youngest Stage manager ever at Helix High School, I was a sophomore.  By my junior year I was teaching others on building sets for plays and methods to make them look real.

On July 5th, 1995, my first son Jacob Dean was born.  He was a ten pound, seven ounce big ball of joy.  So big he fractured his collarbone coming out! He had a sling on for a short while but he was very healthy.   Nathan Dean was born August 5th, 1997. He was nine pounds, seven ounces.   He was born with spinal meningitis and this was a very scary month for me.  Nathan came out of it and it left his blood stream.  The doctors were not sure how, but we had been praying a lot. I believe he is a miracle child for sure.

Over all this time I had gone to some college, but with kids in the picture, I got right to work.  I took many jobs and worked hard to support my family.  In early 1998, I went back to school to try and get a career started in 3-D animation and graphics, thanks in whole to Beverly Pickenpaugh who had faith in me.  During the day, I was a stay at home Dad for 7 months and went to school at night.  The school hired me straight out of class to work on a new video game the production division was working on.  I was quickly hired on because I delivered on my freelance project jobs too fast.  My boss said it was cheaper on them to hire me.  I worked there for a few months, made friends and delivered the game.  Getting wind we were all going to be let go and have no jobs, me, my teacher, and supervisor drove up north to Valencia, Ca., where Foundation Imaging was hiring.

I spent two years teaching 3-D animation techniques during the entertainment crash around 9-11.  After the business got back to full swing again, I started doing commercials and films again.  My first big break was with Warner Bros.  I was blessed to work with very fine classic 2-D animators coming from other large studios.  I was able to take a friend and myself, as a team and we were able to do the entire animated section of the movie and do the 3-D backgrounds as a team.  We both still regard that job as the best one we’ve ever had.  I worked on commercials and other freelance work, before landing the next big movie, The Guardian, at Flash Film Works.  It was heavy laden in ground breaking particle effects work and a great experience.

I met a wonderful woman named Elizabeth around the time I started on Fat Albert. We met through mutual friends and hit it off right away, we have been inseparable since.  My sons and I picked out an engagement ring.  I was having a birthday party at my house and figured what better time to ask her than in front of all our friends. She said YES!  I was and am still very excited.  My sons love her and are happy that we are together. We married June 1st 2006 and are happily in love!

The last few years have been tough for my family and I.  Life has thrown us some huge curves and we are doing the best with our family and friends love and support to get back to normal.  So far so good.  My relationship with Jesus Christ has been instrumental to my life’s success and I am so grateful to God for where I am today.

I am an avid comic book reader, a film buff, and am into photography, painting, writing and film making.  It has been a long-term goal to make an animated television show of my own, which gets closer every year.  I have already met with studio execs several times with no resulting success but remain tenacious.  I am currently writing and developing a comic book of my own.  My sons have been helpful with ideas and are helping me write.  It is an enjoyable family effort.

Until tomorrow, this is my bio.

All Rights for the images reserved to www.paulrunyan.com.